“Get to know the beauties of the Gorenjska region by bicycle! The marked bicycle paths lead past the tourist farms. The bicycles can be rented at the tourist information center of Kranj. Organized cycling tours are recommended – you can book lunch guides at visitkranj.si ”

The Institute for Tourism and Culture of Kranj and the Rekreatur Society have a series of cycling trips around Kranj and the surrounding area, which are different, leisurely, interesting and just as tiring. I got it “. 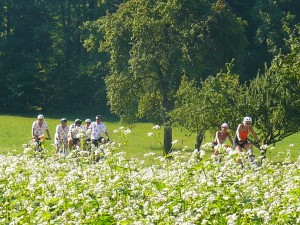 FIRST: Gorenjska ReTOUR
Five days in an idyllic nature with an Alpine touch across the Gorenjska region is definitely a recipe for disconnection. Explore the Gorenjska region by bicycle and get to know the medieval towns, local culinary delights, the rich cultural heritage of old farmhouses and the famous technical history. In between, there is no shortage of interesting stories, such as those about snake firs, knights Vogljan and Labergar and blacksmith viganj. When we hear the echo of the Avsenik accordion, ours awaits even more stunning rides between the balconies of the Slovenian Alps. The entire Gorenjska tour is 336 kilometers long and 3611 meters in height must be overcome.

SECOND: Tatinec bike path
Cycling along the Tatinec trail is a relaxed cycling trip that is also suitable for families with children. A guided tour starting at Glavni trg Kranj will lead you along the canyon of the Kokra River to Predoselje village, Breg ob Kokri and through picturescue village Preddvor. The route continues through the small charming villages of Zgornja Bela, Bašelj, Čadovlje and the mysterious village of Tatinec, after which the path was named. Relaxing cycling continues past the green pastures to Bobovek and alumina lakes on Bobovek, past Ilovka and returns to Kranj past the canyon of the Kokra River. 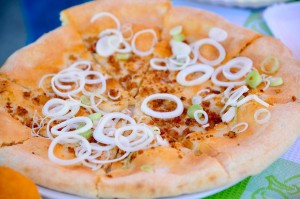 THIRD: The backbone cycling trail
The backbone trail offers just under four hours of serious cycling. It takes us through the idyllic villages of Gorenjska and the Udin Boršt Memorial Park. Surrounded by meadows, forests and conglomerate karst, you will find yourself on an adventure of stories written in the surroundings by people of yesteryear. The backbones were homeless beggars, and many exciting stories and legends are written about them. 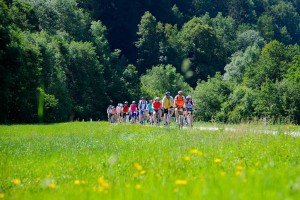 FOURTH: Cycling lap under Storžič massif
Cycling lap under Storžič massif invite recreational cyclists to see the surrounding towns, meadows, fields and mountains rising north of us. It consists of four different varied paths that run along less busy roads. The bike paths are between 20 and 30 kilometers long and the starting point is the Summer Bath in Kranj. During the cycling trip you will be able to admire the settlements, learn about the tourist attractions of the Gorenjska countryside and enjoy the culinary delights.